Starring in this brand new show and breathing new life into Vaudeville are local talents such as Andrea Cartagena(of Easton), Vince Rostkowski (of Bethlehem), Ashley Godshall (of Bethlehem), Jonas Bloomfield (of Allentown), Rich Lovallo (of Bridgewater, NJ), and more. 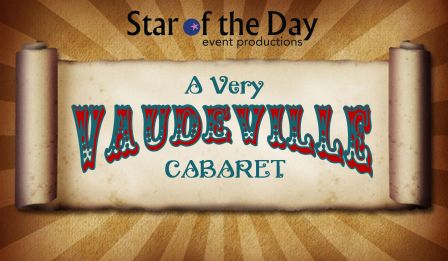 An artform of days gone by, the vaudeville variety show – made up of unrelated skits of popular comedy, tricks, serious lectures, sketches, and unusual novelties – was a popular form of entertainment  between 1880 and 1930 until the entertainment business was overshadowed by motion pictures.

Despite the rise in film’s popularity, the influences of vaudeville are still with us today in pop culture, music, and entertainment, and Star of the Day is bringing it to Allentown.

Parking is available along the street or in one of the many parking garages located in downtown Allentown.
For more information contact Star of the Day at 484-809-9228 or visitwww.StaroftheDay.org